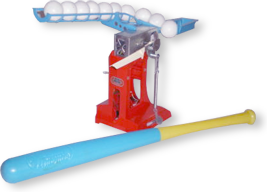 Nintendo first moved into the children's entertainment business in 1966 when the company president Hiroshi Yamauchi discovered one of his engineers, Gunpei Yokoi, created toys as a hobby. The first of these, the Ultra Hand, was developed and marketed by Nintendo and became one of the biggest-selling toys in Japan for several years. In that time, Nintendo was the first Japanese toy manufacturer to use electrical components, they created the light gun (based on their Laser Clay Shooting ranges) and they were the official Japanese distributor of the popular game Twister.

Nintendo continued working in the toy market up until the early 1980's, when their success with videogames shifted their concentration to a largely untapped marketplace.

Please note, this list is still incomplete. Any additional information is welcome.