It was Gunpei Yokoi who first came up with the idea of producing LCD games that would fit onto a unit around the size of a pocket calculator. The Game & Watch titles could run on a single watch battery, and not only told the time, but also provided simple-yet-addictive gaming challenges. 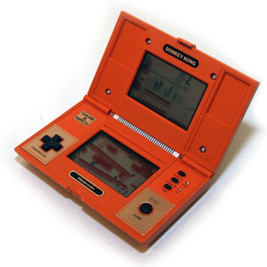